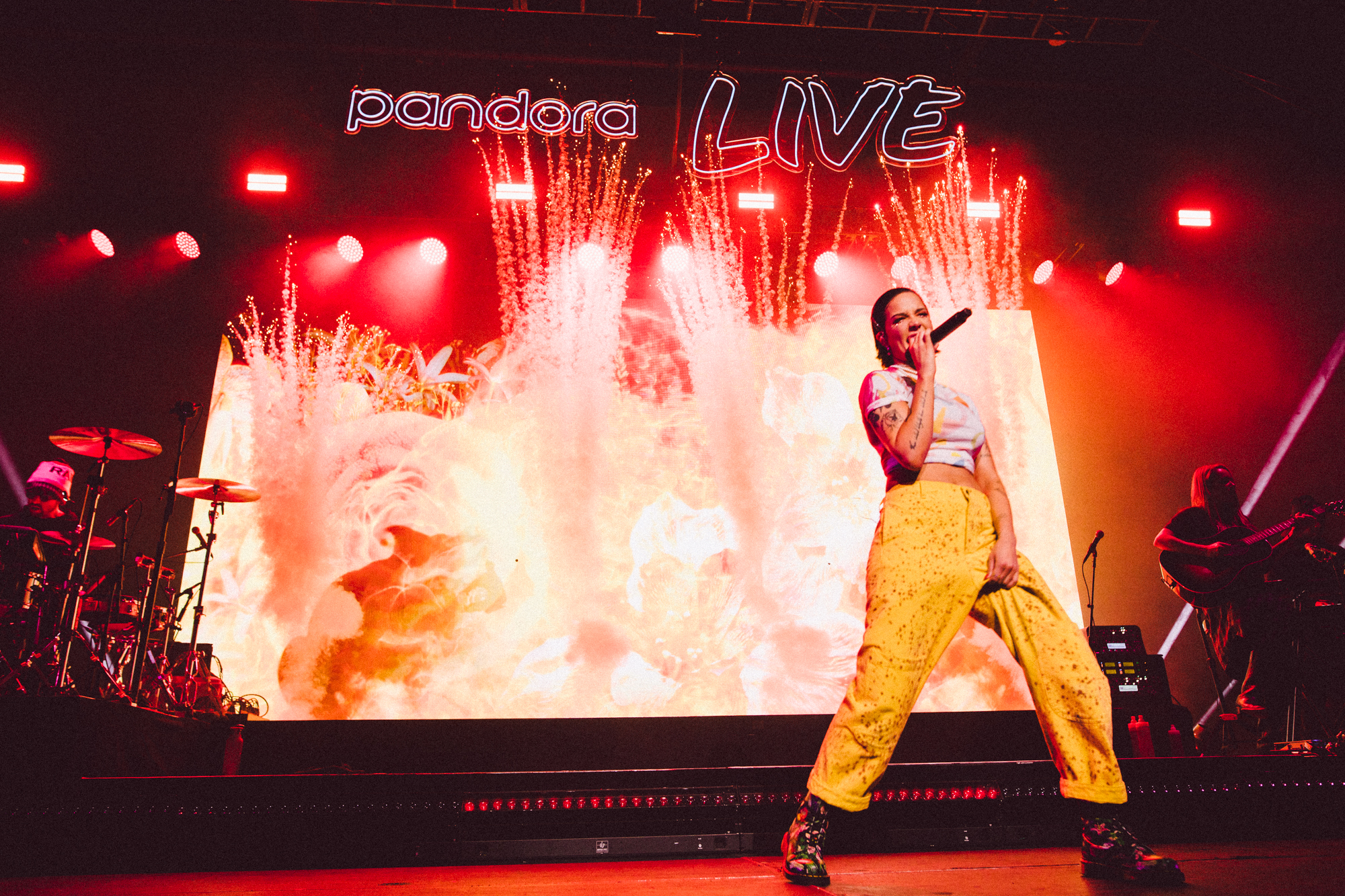 A select number of fans were treated to a free Halsey concert by Pandora at Avant Gardner in Brooklyn, NY.  She (literally) kicked her fiery set with angsty single “Nightmare,” with flames bursting from the stage. Unlike some mainstream artists who focus on singing about one or two emotions, Halsey is able to reveal many sides to her through her music.  At one point in the show, she explained to her fans that “there are 100 different versions of me, and I don’t know which one I am yet,” before singing “100 Letters.”

Being diagnosed with bi-polar disorder, she told the audience how she “didn’t choose to have it,” but learned to use it as an advantage to express her thoughts and words through music.  Her single, “Clementine,” which is about her embracing the disorder, was sung live for the first time at the concert. She also debuted “Finally//Beautiful Stranger” live as well.

For the original Halsey fans, she sang classic hits “Hold Me Down,” “Colors” (accompanied by a colorful video background of course), “Hurricane,” “Bad at Love” and “Gasoline” (again having flames bursting in the background).  For “Castle,” she even restarted the song, making sure that everyone in the crowd was exploding with jumps and letting loose when the chorus hit.

Closing out her hour long set, she sang and did an interpretive dance to “Graveyard,” with pyrotechnics setting off.  She dedicated her 2019 Billboard Award winning hit “Without Me” to her late friend, rapper Juice WRLD, who passed away three days before the show.  “Life is short, we should appreciate every single moment that we have together,” she told the crowd. “The remix of this song is the better version of this song, and I think everybody knows that deep down inside. But I really want to play it tonight for him,” she exclaimed to the audience.  During the song, she pointed and glanced upwards several times, making the song that much more sentimental.

Concurrently, Pandora broadcast the concert live on the Times Square “megazilla” screen for fans who were not able to attend.  Over 500 fans were given special headphones to jam out to the silent disco.

Halsey has over 2.5 billion streams on Pandora; with her upcoming album, Manic which debuts January 17, 2020, she is sure to have much more.  Fans can also envision a tour announcement following the album release. 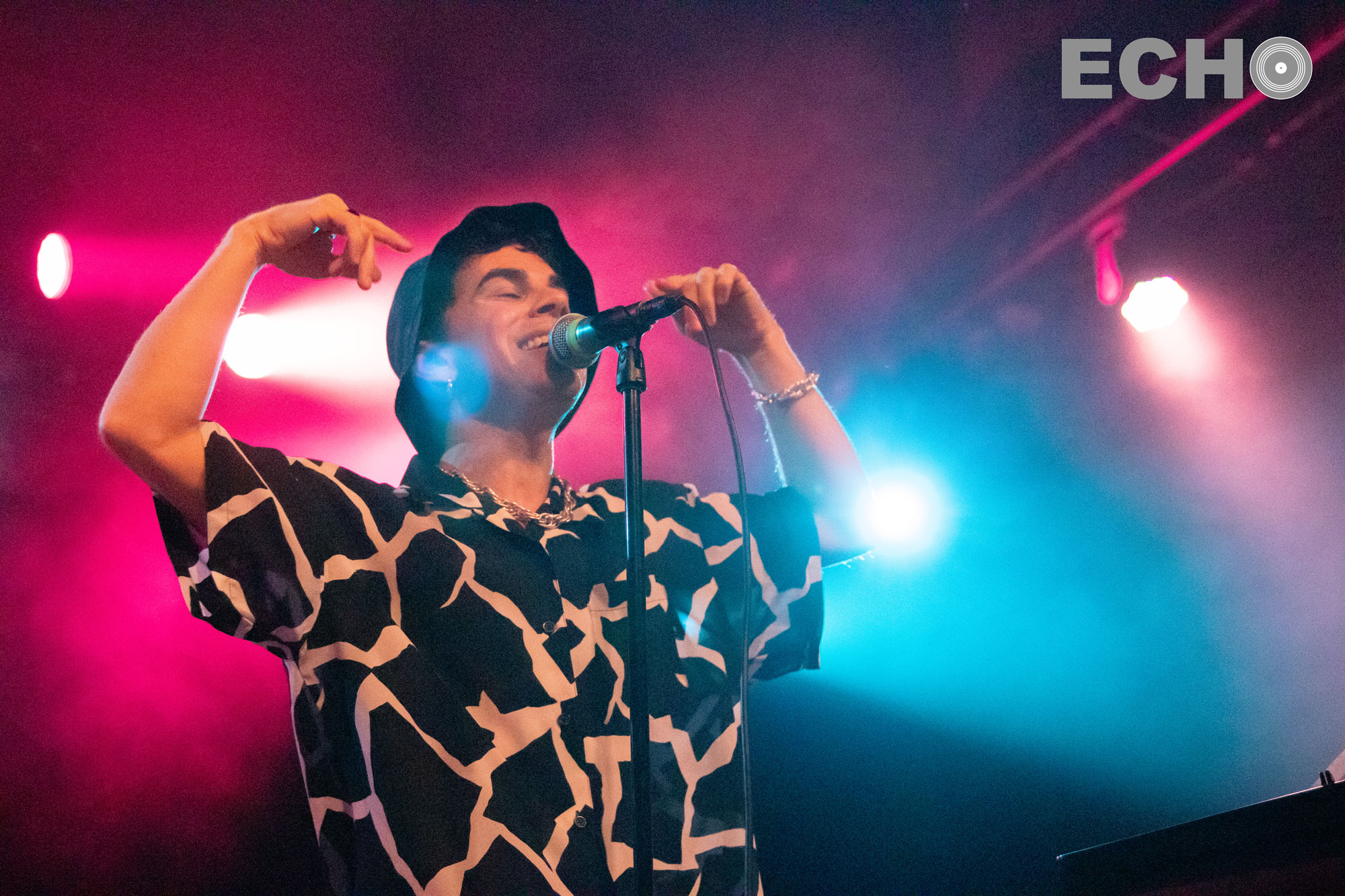 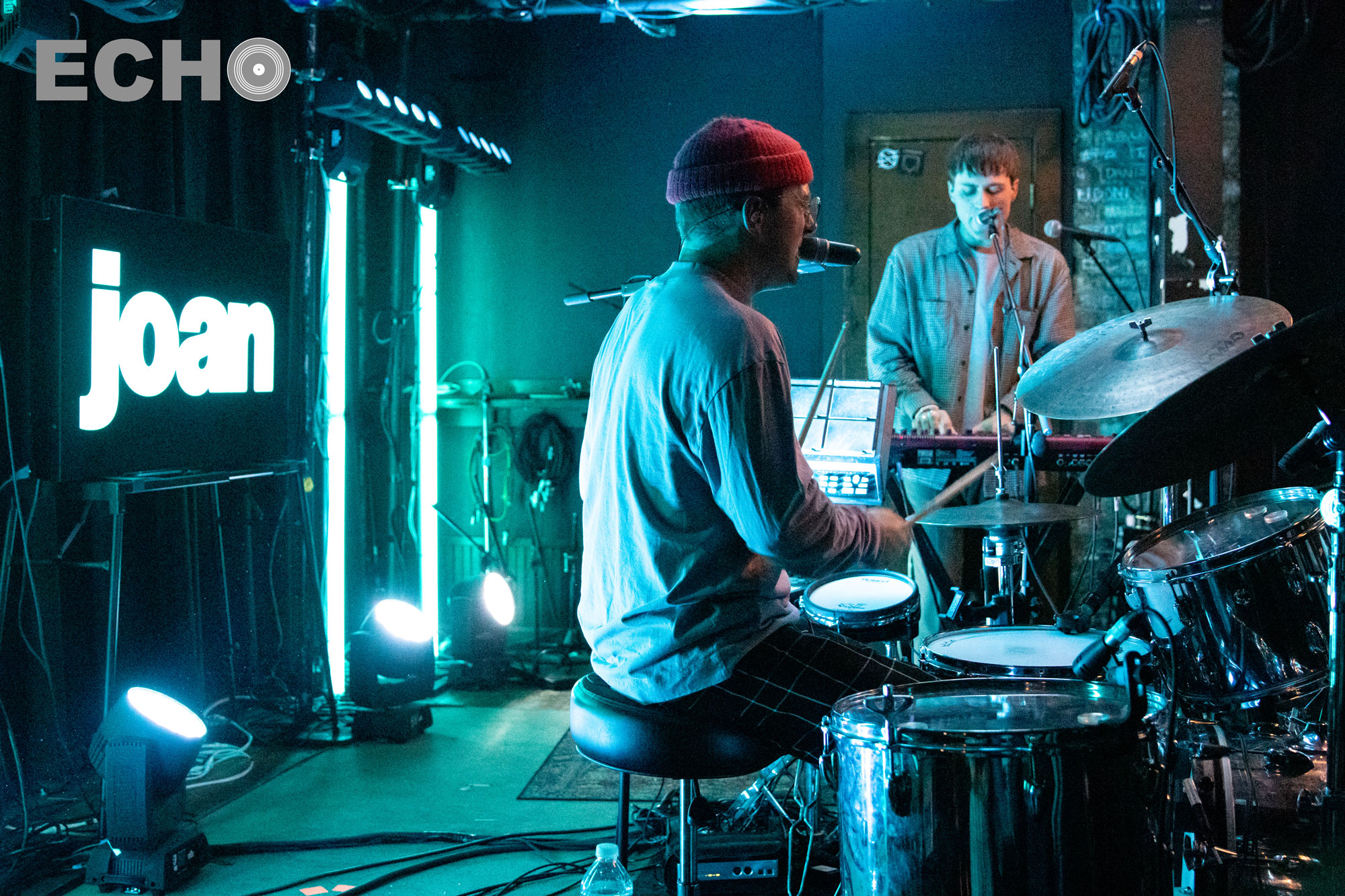