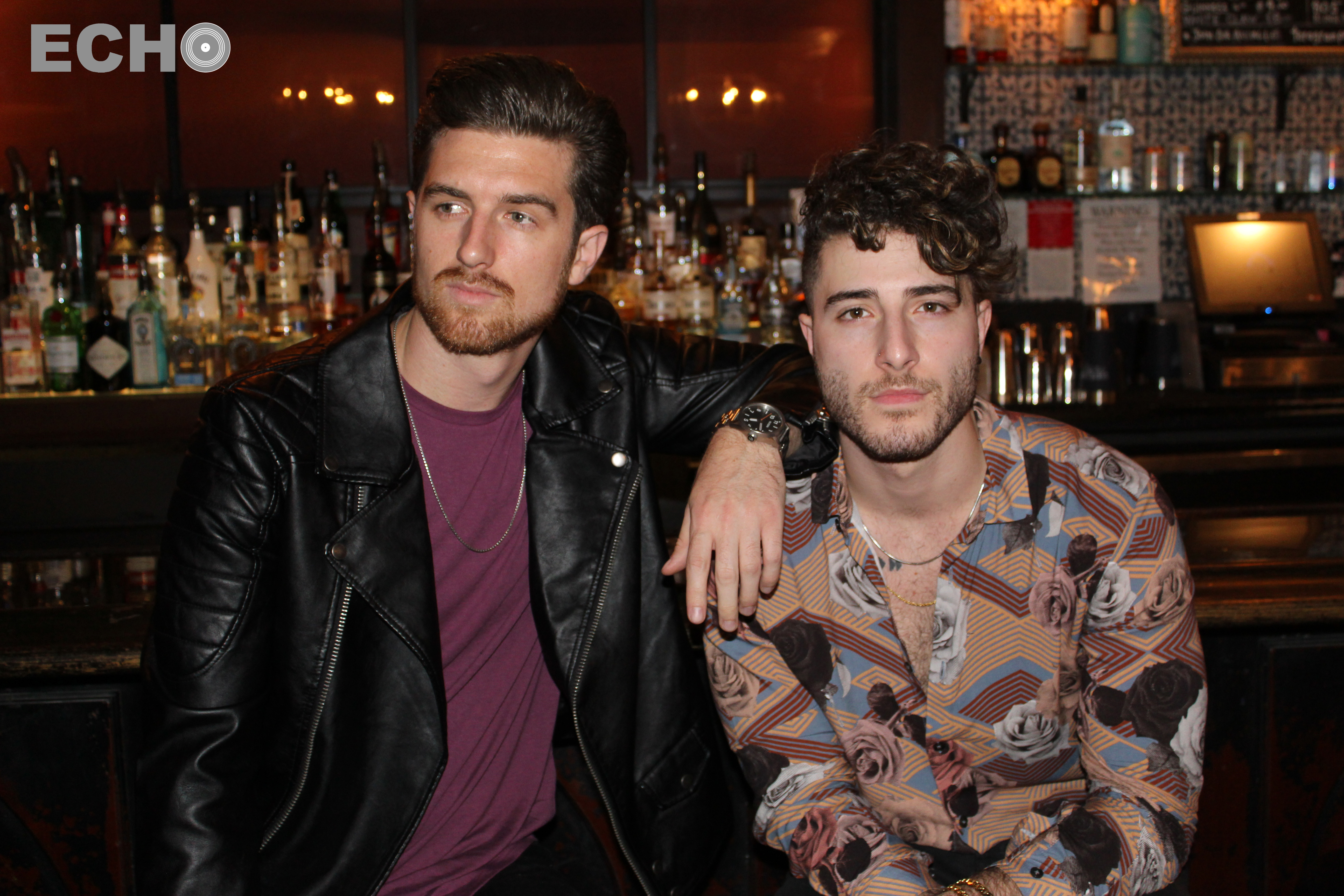 Fly By Midnight is a pop-duo consisting of producer and songwriter Slavo and songwriter Justin Bryte. The two have gone onto to create a dedicated fanbase with songs that are super catchy such as “Vinyl,” “You Belong” and “Vibe.” They have performed many shows and music festivals such as Firefly and Panorama and have been on Spotify’s New Music Friday playlist. The two just had two shows this month, one in Brooklyn, NY and one in Los Angeles in preparation for their album release later in November. ECHO had the chance to chat with the guys from Fly By Midnight before their set at the Moroccan Lounge in Downtown LA.

How are you guys doing?

Justin: We got into LA four days ago, so we’re doing well!

How did you guys meet?

Slavo: In New York. I’m from Florida originally and he’s (Justin) from New York originally. I came to New York to pursue music and he was already pursuing a solo career, at a mutual studio we met and started making music.

Justin: We had our first session together with no expectations of what it was going to become and then we went to create our artist project together.

Oh it was bad

Slavo: The studio we operate out of is in Staten Island, NY. The first song we made together we didn’t have a name, so we drove around Staten Island together trying to find inspiration from local spots and different street names and stuff like that and we came up with some weird stuff.

Justin: Literally some of the worst names you could think of. It was pretty anticlimactic how we got to it. We’re complete night owls and we always thought the music always felt kind of nocturnal in a way, so midnight was a cool way to incorporate it. Then, we had a studio friend who said Fly By Night, which is a really famous Rush song, so we ended up going with Fly By Midnight.

What were some of the bad names?

Slavo: I think we came up with Full Grown or something like that, which is awful. We had this game where we said a single sylable word, two words at the same time, so one person and another person went and we’d combined whatever the words were and they were Full and Grown, which I don’t know why we said those words.

You guys released your single “Love Me Like A Friend,” what what was the creative process like and what is the meaning of the song for you guys?

Slavo: I think what is cool, is that a lot of the songs we’ve done in the past have just been the two of us, so me producing and both of us writing. This time we brought in another creator from Los Angeles named Derek Fuhrmann, he just brought an alternative side to the song and I don’t think it would have been that case if we didn’t work with him.

Justin: He’s worked with Philip Phillips and Goo Goo Dolls and stuff like that, so we knew he was going to bring an alternative vibe into the song. We were excited about that. With the new album and the new single, we just want to keep evolving the sound.

So you guys are based in New York. Talk about NYC VS LA in the music industry.

Slavo: The reason I moved to NYC and not LA was because I had family in New York, so it made the movie a little easier. Being out here is completely different.

Justin: I think if we weren’t writing for other artists too, I think we could get away with living out of New York, but the fact that we’re balancing Fly By Midnight and writing with other artists too, LA is the place to be. It’s tough for me too, I was born and raised in New York. We’ve spent the past six months, almost, going from LA to New York from writing the record and working with other people, it’s kind of inevitable that we’re going to have to make that move sooner or later.

Talk about your upcoming record.

Slavo: We have a sophomore album coming out in November.

What’s the theme of the record?

Slavo: The theme of the album is actually inspired by a song, I mean overall the music in general.

Justin: I would say we wouldn’t say the title yet, the whole album is highs and lows. Songs like waking up next to someone who blew you away and then there are songs that are lows. I think it’s a rollercoaster of emotions.

If you were to set up a fan in a setting for them to listen to your music, what setting would that be?

Slavo: I think some kind of New York City rooftop would be cool. I think that encompasses everything we are.

Justin: I would love if we had a beautiful apartment in the city, it would be nice have it feel like home, because we are very personable dudes and to us there’s not this crazy division between a fan and an artist.

What’s one quote you’ve heard in life that you want to ECHO out to your fans?

Justin: Today we were watching Looking for Alaska and the quote is “I go to seek a great perhaps,” it might be a bit too philosophical. It’s about pursuing what may be there or what may not be.

Slavo: I second that.

This decade is almost over, what is one major lesson you have learned this past decade?

Slavo: I feel like for me, moving to New York specifically, just don’t be afraid of making that big step. For me, I was playing football and that was my life and that was a huge shift, so don’t be intimated by things that seem crazy doing.

Justin: I would say, especially more the past couple years, I would say I learned that my mentality and the way I have always been is work work work, especially with all the creative music that we love and are super connected to, is living more. Really going out of my way to be inspired, I feel like that’s something I’d love to do the next decade. 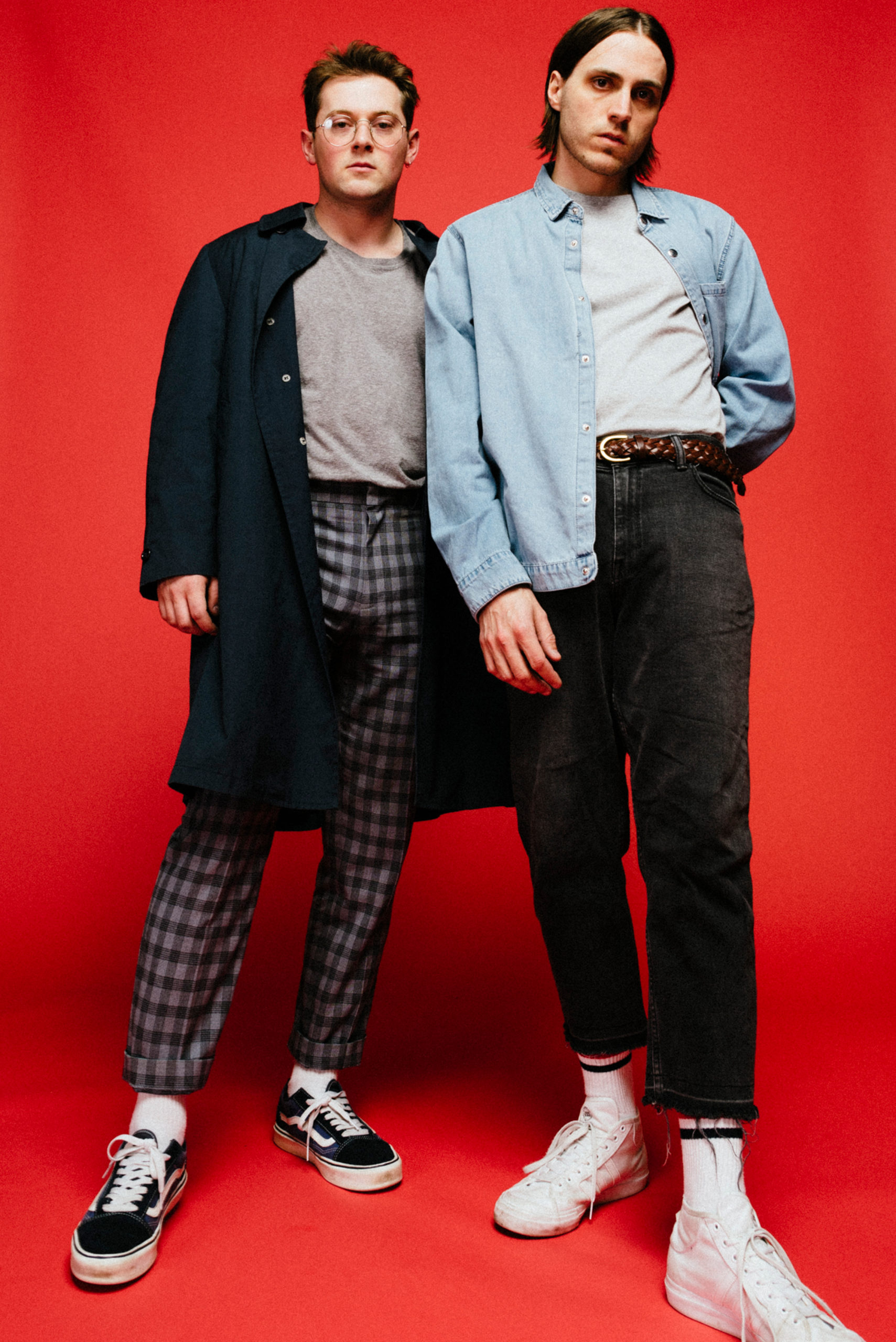 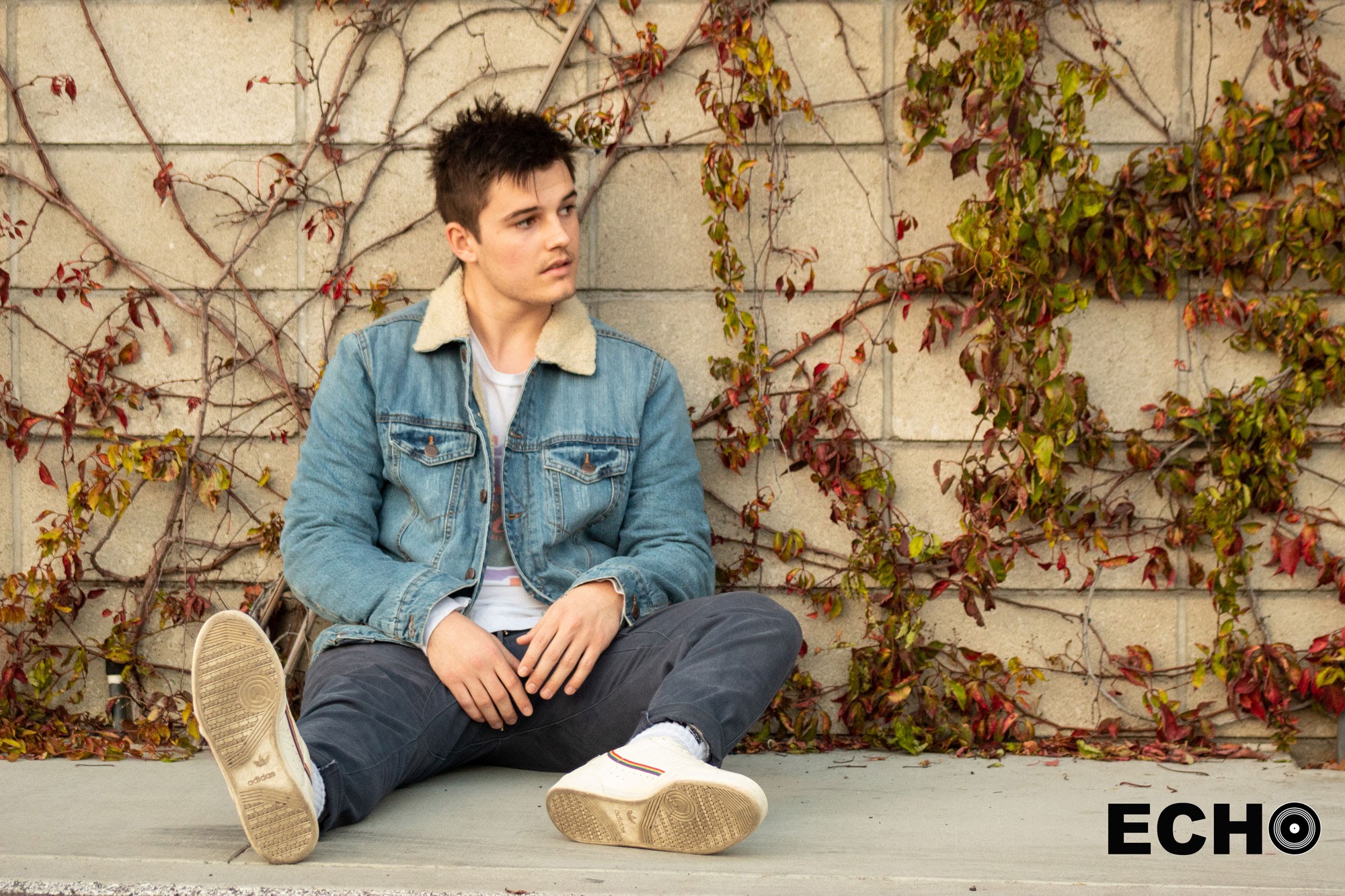